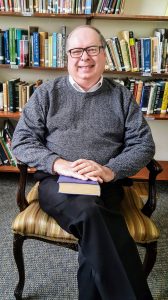 I have a heavy heart as I write this morning. Two days ago, a young white male entered a grocery store in a predominantly African-American neighborhood in Buffalo, New York, and opened fire on the inside. In the end, ten people were killed and others injured.

The reports concerning the shooter say that he was motivated by what has been called the Great Replacement Theory. It is a theory that is being boosted by the far right, Fox News and other conservative media.

It has been the ‘inspiration’ for other mass murders, including Latinos in El Paso, Jews in Pittsburgh, and Muslims in New Zealand. This Replacement Theory espouses a fearful rhetoric that has been a part of the fabric of this nation since the first ship of slaves arrived from Africa in 1619. It is the fear that persons of color will become dominant in America, and will destroy the white power structure that has ruled this country from its beginning.

The people called Quakers stand for the opposite of the Replacement Theory rhetoric. We believe in our Testimony on Equality. We believe in inclusivity and diversity … that no one is outside the circle of God’s love. I like to think that such a position is still a part of who we are as a nation. Democracy cannot survive if it is not. What is frightening is that the rhetoric from the far right is becoming more and more mainstream. Members of Congress are using it for short-term political gain, with no understanding of how damaging it is to our very fragile social fabric as a diverse nation.

The killings in Buffalo are just one more example of what I have called the de-sensitizing of America. There is a growing callous disregard for the feelings and welfare of one another. In her writing, Of the Empire, the late poet Mary Oliver said, “we will be known as a culture that feared death and adored power, that tried to vanquish insecurity for the few and cared little for the many. We will be known as a culture that taught and rewarded the amassing of things, that spoke little if at all about the quality of life for people … other people … for dogs, for rivers. All the world, in our eyes, they will say, was a commodity. And they will say this structure was held together politically, which it was, and they will also say that our politics was no more than an apparatus to accommodate the feelings of the heart, and that the heart, in those days, was small and hard and full of meanness.”

These are not easy words to read, for we are at a point in time such as Mary Oliver describes. The de-sensitizing of our society is a trajectory on which our country cannot survive. The trajectory is a challenge for all of us who believe in compassion for all, and in a country and a world that is inclusive and diverse.

And so what does the image of God look like in the face of Replacement Theory? In the words of Michael Gerson, “what if every man and every woman - every victim of abuse - every abandoned child - every lonely senior - every intellectually and physically challenged person - everyone we love and everyone we fear - what if they were actually the image of God in our midst, equal in humanity, in dignity and worth? How should we then live? “In the midst of these most troubling times, this is an important query for each of us to consider.