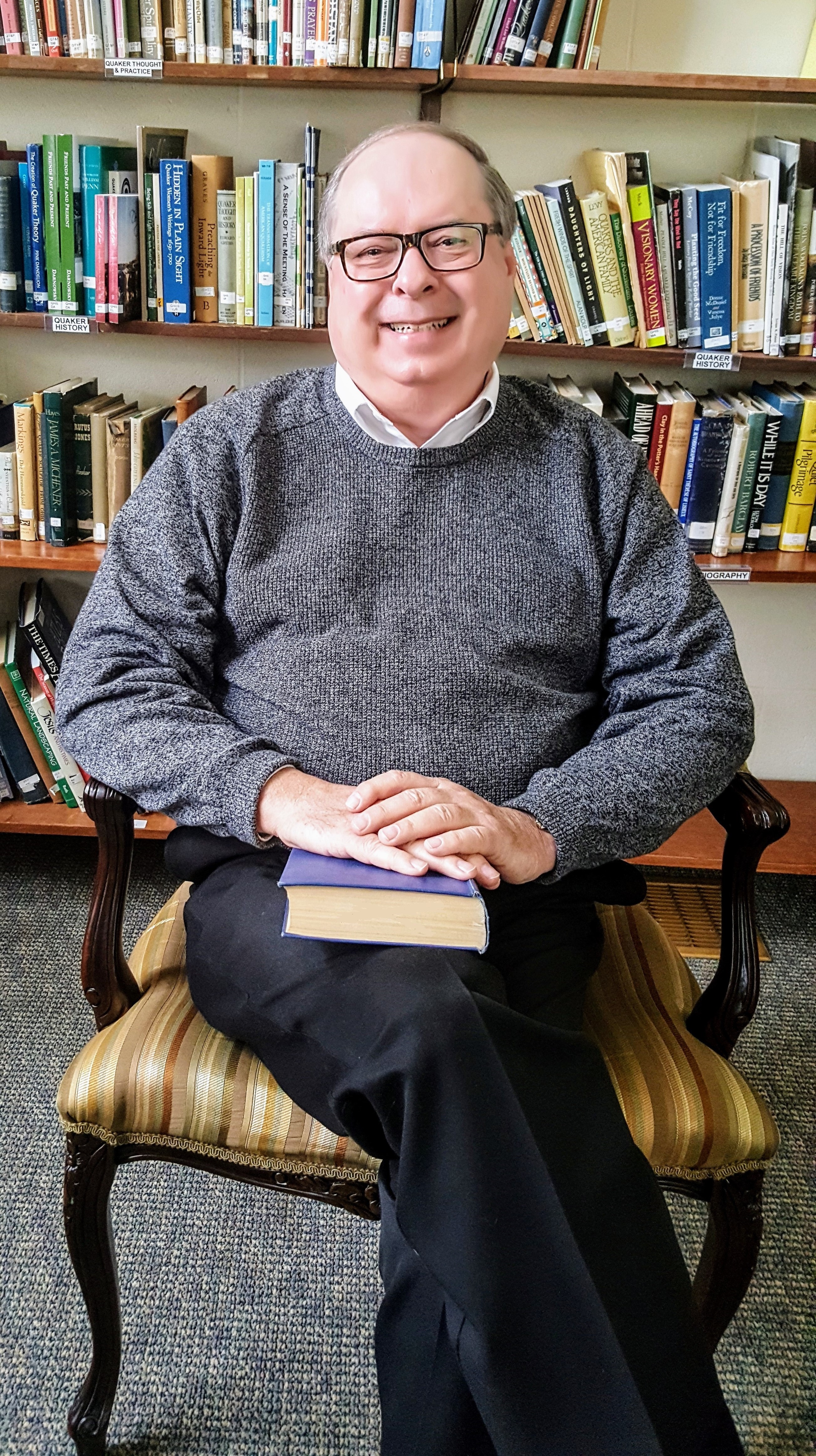 James R. (Jim) Newby is the Minister and Public Friend at Cincinnati Friends Meeting. He began his second tenure here in April 2016, having served here previously from 1975-1980. The son of a Quaker minister, Jim is a member of the Religious Society of Friends and has served as a minister among Friends in Nebraska, Ohio, and North Carolina. He has been the Editor of Quaker Life magazine, and served on the faculty of the Earlham School of Religion in Richmond, Indiana for ten years.

Jim holds degrees from Princeton Theological Seminary (Doctor of Ministry), William Penn College (Doctor of Divinity), Earlham School of Religion (Master of Divinity), and Friends University (Bachelor of Arts). He has written numerous books and articles on religious and spiritual subjects, primarily dealing with renewal. His most recent books include  Finding Yourself in Chaos: Self-Discovery for Religious Leaders in a Time of Transition with Mark Minear, Reflections from the Inner Light: A Journal of Quaker Spirituality, Sacred Chaos: One Man's Spiritual Journey Through Pain and Loss and Shining Out and Shining In: The Biography of Tom Tipton.

Jim is married to Elizabeth Salinas Newby, author of A Migrant with Hope and a specialist in matters concerning immigration. She is the former Administrator of the Division of Latino Affairs for the State of Iowa, serving under former Governor Vilsack. Elizabeth currently sits on the board of Wilmington College.  They have one daughter, Alicia Marie Clark, who lives with her husband, David, near Indianapolis, Indiana.

Webinar on Faith Perspective on Racial Justice for Equasion, a non-partisan civic organization founded upon interfaith dialogue that works to develop educational and community service programming to foster greater understanding, respect, compassion, inclusion, and engagement for all people and faith communities in Greater Cincinnati and beyond.

A Quaker Response to the Spiritual Crisis of our Time — A presentation given at the T. Canby Jones Meetinghouse at Wilmington College

On What Can We Agree? — A message given at the Cincinnati Friends Meeting for Worship